A decision is taken (behind closed doors) by Southwark’s Regeneration chief Fred Manson to include the Heygate estate within the wider regeneration of Elephant & Castle. His report acknowledges that ‘This overall proposal raises very big issues which involve a large number of different interest groups. Even raising such matters can lead to difficulties.’ It therefore proposes to ‘balance time for discussion of these matters with maintaining a momentum.’

In March 1999, Fred Manson flew to MIPIM in the South of France - a property developers’ jamboree, where he described the brief for Elephant and Castle as “It’s a blank canvas – anything is possible – we can demolish houses, take away roads, anything.”

In the same month he said in an interview: “We need to have a wider range of people living in the borough” because “social housing generates people on low incomes coming in and that generates poor school performances, middle-class people stay away.”

Southwark Council selects a development partner, property developer Godfrey Bradman and starts working up a masterplan for the regeneration. It is July 2000 before the plans are first presented to Heygate residents.

Bradman delivers a presentation to the Heygate TRA saying: “This whole project is only possible by you, the Heygate residents. We understand that it is the redevelopment of the existing housing on the Heygate estate which provides the opportunity to regenerate the Elephant & Castle - and we are committed to providing new and better homes for you and your families who currently live here.”

Bradman’s presentation promises “100% reprovision of all the council homes currently on the Heygate estate”.

Back to the drawing board

After two years of negotiations, Southwark pulls the plug on the Godfrey Bradman scheme citing disputes over the profit share arrangement as the cause. The council instructs MAKE architects to draw up a new masterplan and starts the process of seeking a new development partner. 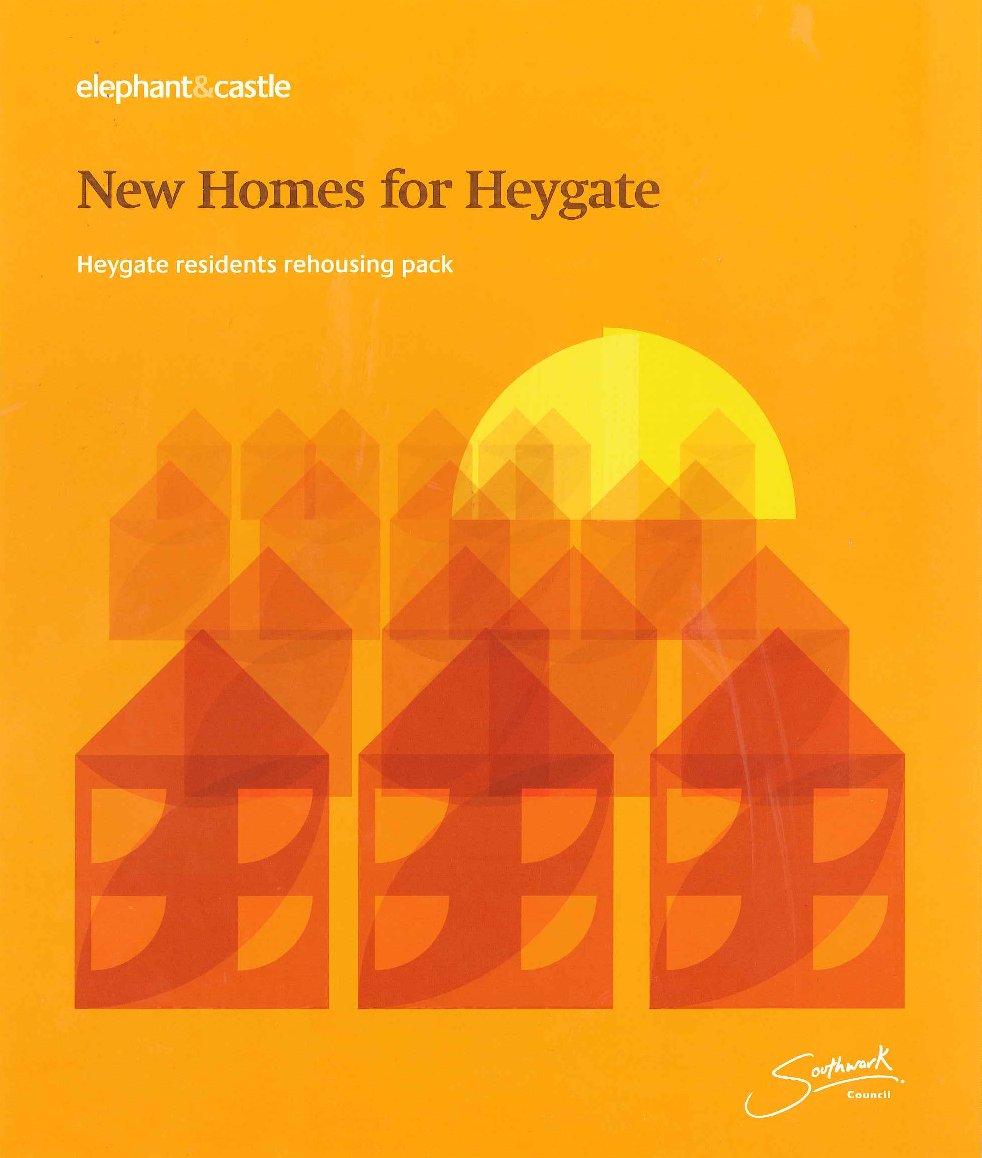 As part of the new masterplan, Southwark identifies 15 council-owned sites (including play areas, a car park, a vacant nursing home) surrounding the Elephant & Castle, which it plans to hand over to housing associations in return for them building an element of ‘social’ housing for rehousing Heygate tenants.

In the foreword to the council’s information pack delivered to Heygate residents, Deputy council leader Catherine Bowman says: “We have made sure that the construction of your new homes is the first thing that happens in this regeneration scheme.”

In June 2009, the council confirms that 6 of the 15 replacement housing sites will no longer be built.

Instead of providing them with the new homes they were promised (or other suitable accommodation), Southwark decides to offer residents ‘Happiness therapy’ with TV happiness guru Robert Holden.

A leaked internal report shows that by 31 Oct 2008, the estate has been half emptied and that most of the remaining residents are elderly. The report also highlights the difficulty of trying to decant 1,100 households into existing council properties when there are no more than 35 these becoming available every fortnight.

198 ‘notices to quit’ were issued to tenants during the decant. 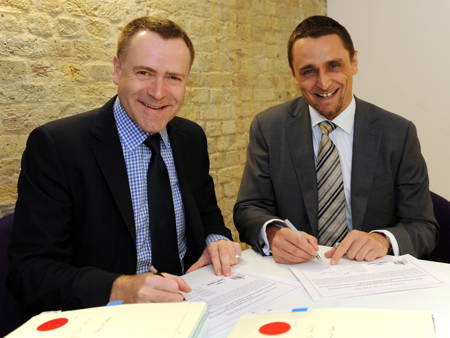 After three years of stalled negotiations, the incoming Labour council leader signs the contractual agreement with Lendlease for redevelopment of the estate. The agreement was subsequently leaked and it was revealed that Southwark had sold the estate for £50m - much less than the £150m it had valued the land at three years prior (para 14). Global architect firm Gensler completes a design and cost appraisal study showing that it would save 40k tonnes of C02 and cost just £35m to redesign and refurbish the estate - the same amount spent on rehousing its tenants. 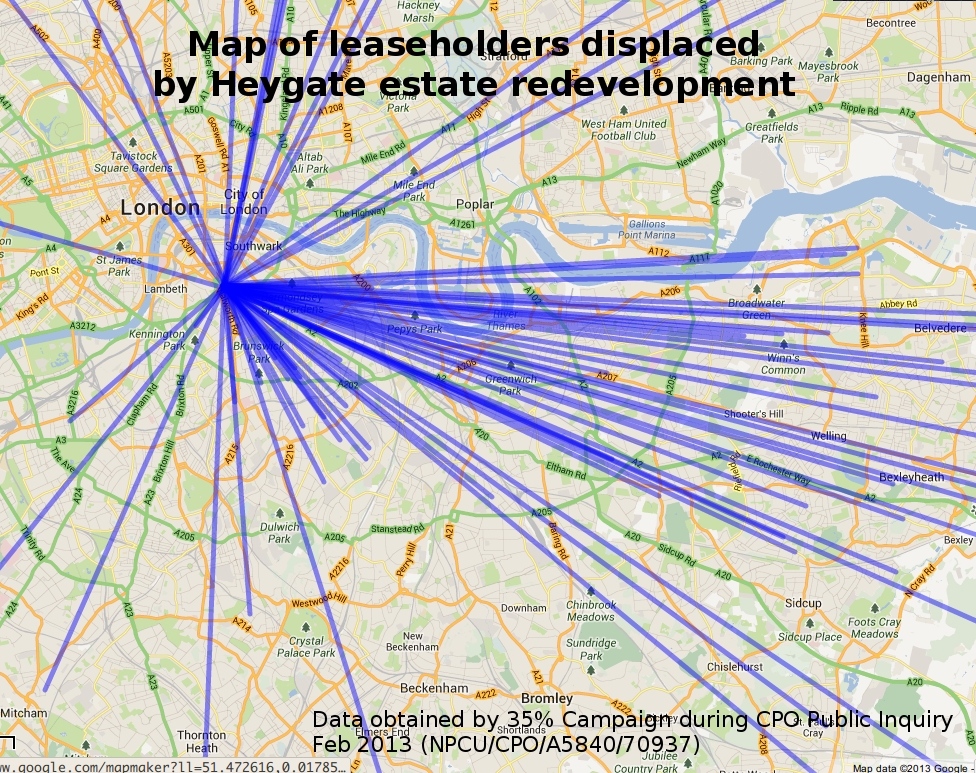 Information obtained during the public inquiry convened to hear the compulsory purchase order to evict remaining leaseholders, shows that both leaseholders and tenants have been displaced far and wide.

After a three-year legal battle, the Council is ordered to disclose the documents justifying Lendlease’s departure from minimum affordable housing requirements.

The documents show that Lendlease had assumed an abnormally high profit margin (25%) and had significantly undervalued the end sales values of the completed development in order to make it look less viable.

Several politicians (from all political parties) and officers that have been involved in Southwark’s regeneration are now working in the private development industry. Here are some examples:

Jeremy Fraser, southwark’s (Labour) Council leader [1997-2003], along with Cabinet member for Regeneration Steve Lancashire went on to set up ‘Four Communications’ a consultancy that helps developers get planning permission. They have since helped developers obtain permission for several high-profile schemes in the borough including Elephant One, One Blackfriars, Neo Bankside, Eileen House and Strata Tower.

Nick Stanton, Southwark’s (Lib Dem) council leader from 2003-2010 went on to set up Curtin & Co, which specialises in helping developers promote schemes and obtain planning permission. He has since helped developers obtain permission at the Canada Water regeneration and the Old Kent road regeneration. Kim Humphries, Southwark’s (Tory) deputy leader (2003-2010) and his Cabinet member for Regeneration Catherine Bowman, went on to found ‘Carvil Ventures’ which advises developers and helps them obtain planning permission. They have worked for developers at the Canada Water regeneration and the Elephant & Castle shopping centre.